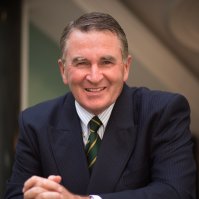 Dennis is an internationally recognised Fellow Chartered Financial Practitioner (FChFP), a Certified Financial Strategist, and a SMSF Specialist Adviser™. In 2010 Dr. Maddern was honoured Nation wide with 'Adviser of the Year' by the Association of Independently Owned Financial Planners (AIOFP). In 2009, he was awarded nationally the 'Student of the Year' by the Association of Financial Advisers (AFA). During 2012, Dennis was respected with a designation  in the top 3 Financial Advisers in Australia, by renowned Wealth Professional magazine. Dennis and Maddern Financial Advisers were also nominated as finanlists in the 2020 IFA Excellence Awards for Holistic adviser of the year and Holisitic firm of the year.

Dennis is an internationally recognised speaker and consultant. His doctoral thesis on Organisational Change at the University of Oklahoma, USA, and post-doctoral work at Stanford University, led to a range of top management positions with leading international companies.

Dennis has additional specialty qualifications in Self Managed Superannuation Funds having completed the prestigious SSA™ designation from the Self-Managed Super Fund Association of Australia (SMSF), allowing him to advise on all aspects of SMSFs: creation, administration and investment strategies. Dennis was also a finalist in the 2015 SMSF Adviser of the Year award and a 2016 national finalist in the prestigious Optus My Business awards.

Whilst working and studying in the United States, Dr Maddern played professional tennis, gaining All-American consideration. He also played Linton Cup for Victoria, and was a member of the Australian Junior Davis Cup Team. He is a three times winner of the Kooyong Club Championships (1984, 1994 and 1995).