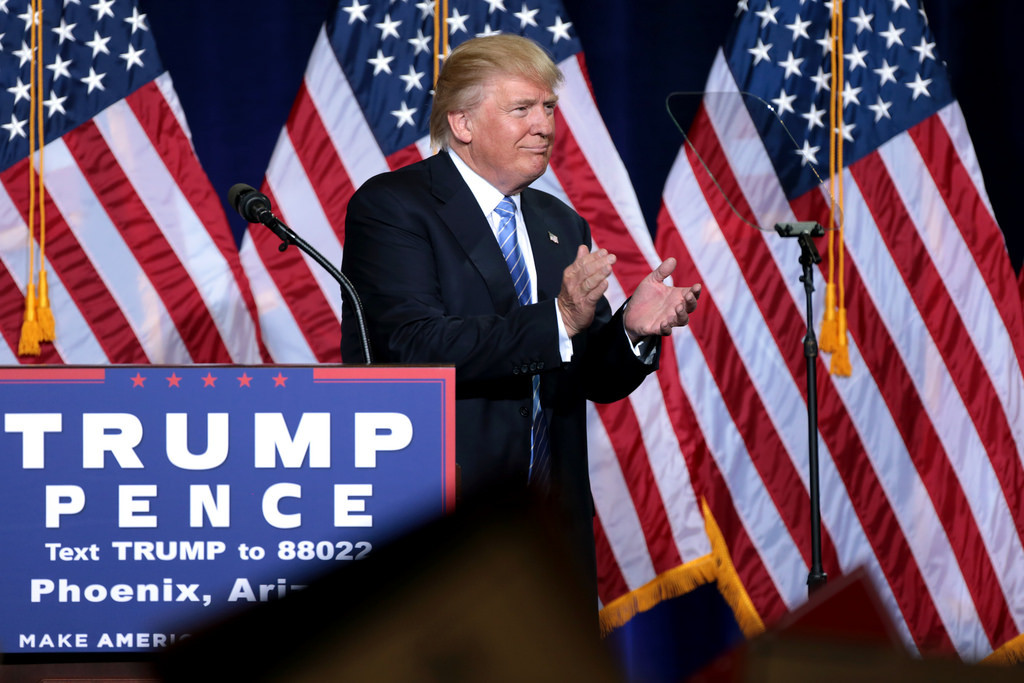 The new President elect of the United States is 70 year old, Donald John Trump. There will be much written and said about his victory over the short and medium term. I will only share a few political points before turning the attention of this Blog to Investments, and what a Trump Presidency could mean for Australia, Maddern Financial Adviser Clients.

I think that there is a difference between what was and is a ‘candidate’ Trump and what will be a ‘President’ Trump. He can be a good actor when he chooses to be. As Hillary Clinton says, “we need to be open minded, and give him a chance.”

1.) Trump is very ‘pro American’ and there is nothing wrong with that. That is his primary role.

2.) He wants to ensure that the US have negotiated the best deals in trade and military terms that they can do. It is only fair that NATO, the EU, UN, and Japan/South Korea do more of the heavy lifting if they seek to contain China,  Russia, and ISIS.

3.) The Australian Free Trade agreement looks safe as Australia actually runs a deficit with the US. The real issue will be the proposed Trans Pacific Partnership (TPP) which he says is “dead.” This agreement signed earlier this year involves: Brunei, New Zealand, Singapore, Australia, Canada, Japan, Malaysia, Mexico, Peru, the US, and Vietnam. It does not include China. Trump may rethink this when the ‘dust settles.’

4.) There will no doubt be on-going volatility, not necessarily relating exclusively to Trump. Volatility is normal with shares, and the economy, including property, interest rates, etc. Sometimes this volatility can lead to ‘opportunities’ with dollar cost averaging, etc.

5.) Trump is very ‘pro’ US business with proposed tax cuts, etc. for companies, so the American stock exchange will most likely rise strongly. We need to watch carefully the issues of traffic protection in the US, and trade restrictions towards Chinese goods entering the US, as this could start some sort of ‘trade war’ with China.

The markets do not like ‘uncertainty,’ or the ‘unknown.’ The job of President elect Trump is to carry out the mandate given to him by the American people. What he must do is to implement his initiatives carefully, in a considered way, and communicate well the reasons for these changes. He will have a Republican House and Senate, so most of his proposed reforms should sail through the Congress. As for the Australian markets, it’s important to remember that Australian growth has always been resilient in tough (or changing) times.  Here are some hopeful quotes from The Financial Review.

“David Kostin, chief US equity strategist at Goldman Sachs, sees limited fallout from a Trump presidency and says: “stocks are likely to resume their ascent in coming years.”

“Investors can take comfort that commodity prices are largely expected to stay supported, which bodes well for Australia’s biggest sector: miners.  While Trump’s agenda may lack the amount of detail investors would like, his vows to ramp up spending on infrastructure, slice taxes and cut business regulation, including climate change directives on the energy sector and a rethink of Wall Street restrictions, is likely to provide a lift to inflation. Which optimistic markets are marking as a positive.”

And finally another strategist, Tom Lee of Fundstrat Global Advisors states: “Unpopular Presidents do not equate to bad economic and stock market outcomes, this is restoring some ballast to the political system. The Fed is likely on hold in December and USD weakening is easing financial conditions. Both should be perceived as short-term positives by investors.”

For our Clients, again we emphasise the importance of Maddern Financial Advisers independent financial advice, and non-conflicted advice with no links to banks or Insurance companies.

If you have any questions or are wanting to discuss options for your overall investment strategy, please contact us on: (03) 9999 7200