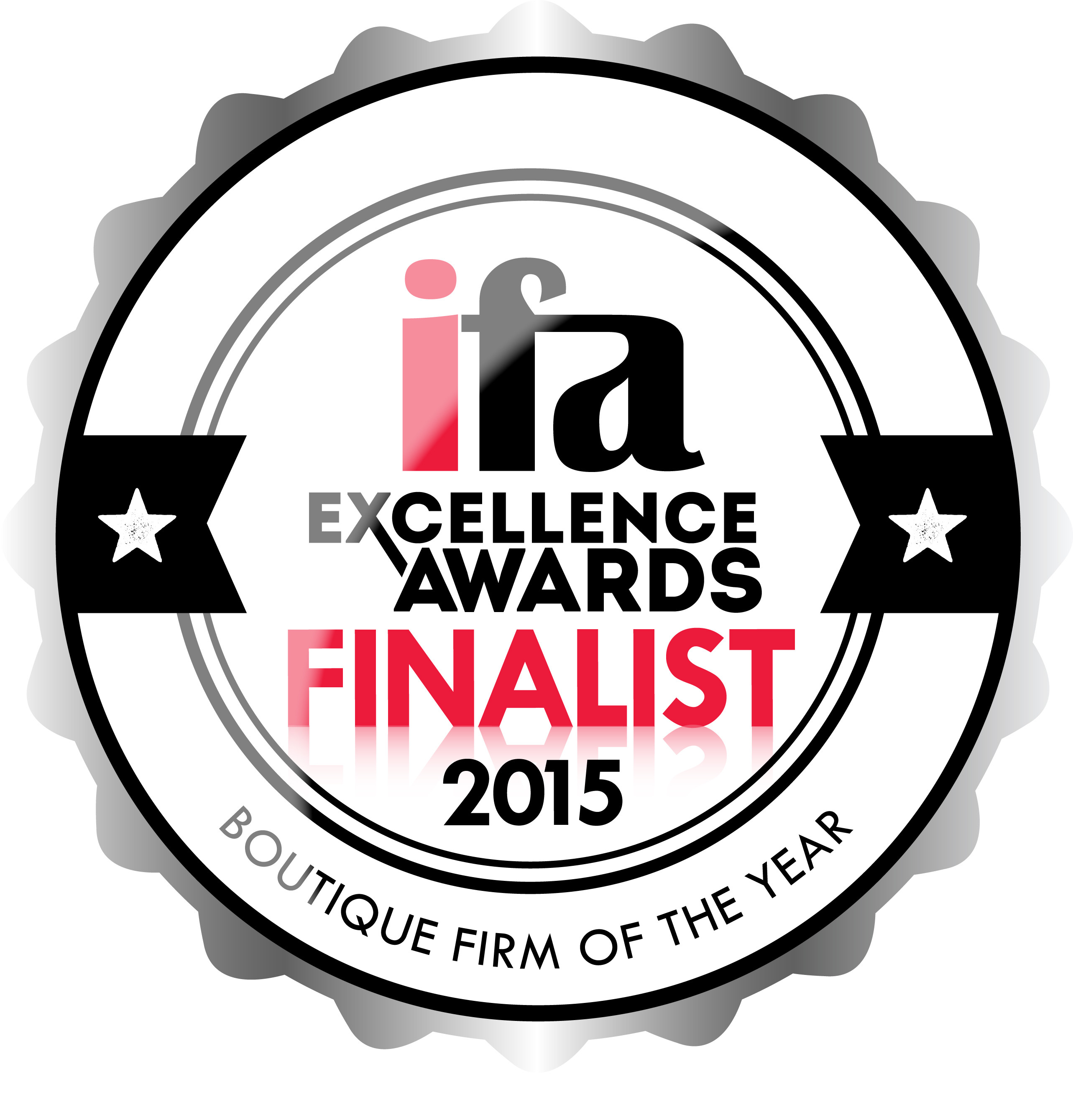 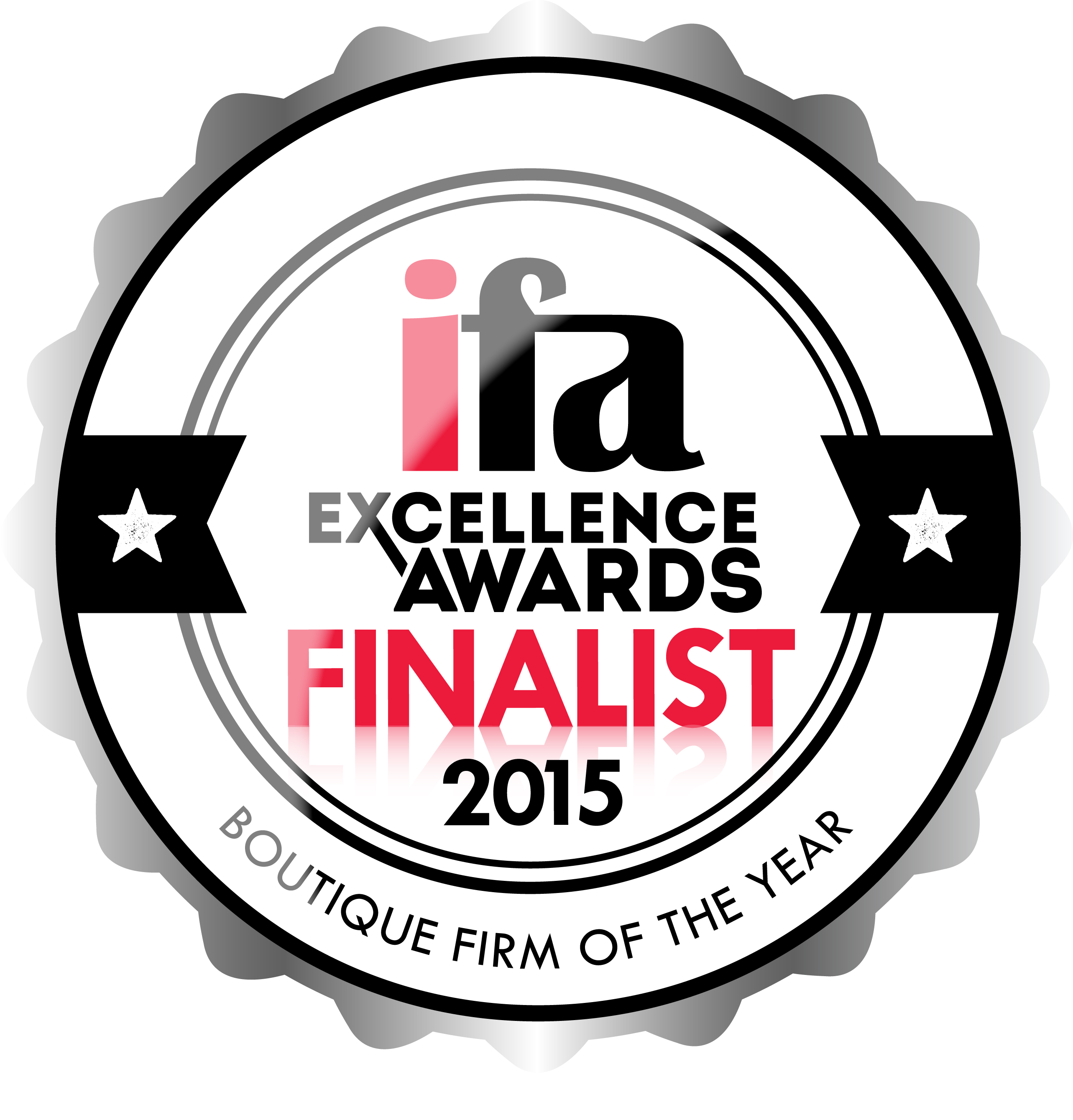 Maddern Financial Advisers have been named a finalist in the Independent Financial Adviser Excellence Awards for 2015.
The Melbourne financial firm has been named a finalist in the Group Awards (Boutique Group of the Year) and Individual Awards (SMSF Adviser of the Year), among 67 finalists of Australia’s best non-aligned financial advice practitioners and businesses across 13 categories.

IFA award organisers received a record number of submissions for the awards this year, which indicates the growing strength of the country’s independent financial sector. And despite being named a finalist in the IFA awards every year, Maddern Financial is honoured to recently receive notification of being a finalist in the prestigious awards program again this year.

The premier financial firm took out the top gong in the ‘Advisor of the Year’ category in 2010 and in 2012, was a finalist in Boutique Firm of the Year in 2014 and founder Dr. Dennis J. Maddern has also been named one of the Top 3 Financial Advisers in Australia by Wealth Magazine. He is recognised as one of Australia’s leading financial commentators and advisers.

Maddern Financial operates in an increasingly competitive sector given that consumers understand how important it is to engage an entirely independent firm when seeking financial advice. It offers to clients in Melbourne expert financial advice in private wealth creation, SMSF advice and portfolio administration, and it is frequented by some of Melbourne’s most trusted professions, particularly top medical practitioners and lawyers, however is passionate about providing financial advice to clients regardless of their age or profession.

While a growing number of firms are owned by banks, consumers are increasingly aware of the importance of seeking advice from an AIOFP member, knowing this is the only way to access the gold standard of independent advice.

Institutions once owned approximately 60% of the advice in the market, but today, this figure is approaching an alarming 80%.

To be an AIOFP member, practices must not be owned by a financial institution, and must operate under their own Australian Financial Services Licence, which is under strict regulation by the Australian Securities and Investment Commission (ASIC). These two elements allow the AIOFP member adviser to make their own decisions on a client’s portfolio and content without the influence of institutional ownership.
The AIOFP has a great tool on their website called Who Owns Who, which will show you very clearly how rife the ownership buy-ins from the banks is within the financial services sector. 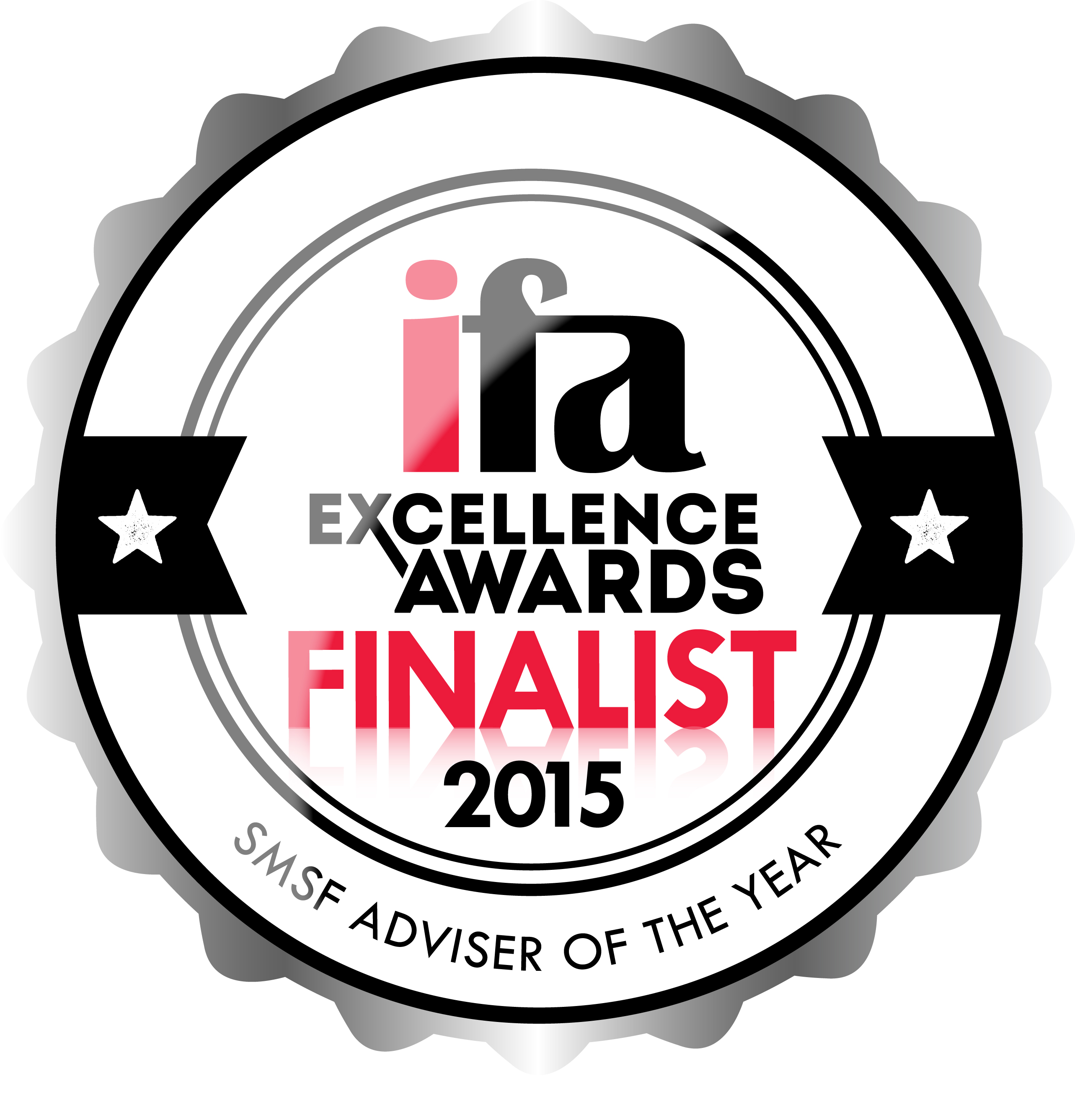 Why we’re staunchly independent
Maddern Financial is a staunch advocate of independent firms. After all, anyone seeking financial advice deserves to be given assurance that hasn’t been tainted by kickbacks such as exclusive access to the Grand Prix or free holidays overseas.

What many don’t understand is that financial firms are allowed to trade in Australia despite actually receiving hard dollar commissions or kickbacks for the financial advice they’re giving.. This practice is rife among some of Australia’s best known financial firms that are owned by a financial institution.

Independent firms, on the other hand, never receive kickbacks or investment commissions for products they’re offering clients.
What’s also not well understood is that product manufacturers (many linked to non-independent firms) often pay research houses to rate their products. It has been suggested that this process has in-part contributed to the $29 billion of failed or frozen funds within the Australian investment sector since 2006. Industry watchdogs have been extremely critical of this practice of product manufacturers effectively paying for ratings, and yet it continues to occur.

On the other hand, Maddern Financial utilises a service known as Filtered Research Centre, which is an AIOFP member-owned service that has facilitated the expertise of four investment specialist to deliver research and product service to members. Maddern also sources its own private research from 6 different independent research houses and brokers when providing advice.

The questions consumers should ask a financial adviser
Maddern Financial believes that all investors deserve the comfort of knowing that their best interests are being put first. An independent financial planner sits in a unique position of being able to research, assess and present all the best options available to a client and assist in making the best decision for you without the conflict of being affiliated with a financial institution.
When seeking advice from a new financial adviser, it’s paramount you ask the adviser where their license came from. Their answer will fairly quickly tell you whether you can expect the advice to be conflicted, or not.

Also, don’t be afraid to ask an adviser about their qualification and experience. Just because they’ve hung a shingle out offering their services as a financial adviser, that doesn’t mean they’re experienced. After all, consumers need to be confident that they have the expertise to provide the service you’re paying for.
We believe that all investors deserve the peace of mind of knowing that their best interests are being put first. An independent financial planner sits in a unique position of being able to research, assess and present all the best options available to a client, and assist in making the best decision for you.

Some consumers feel that they’re not earning enough or don’t have enough assets to get value from seeing an adviser. But the value of seeking financial advice is relevant to anyone who aims to be financially independent. The simple truth is that anyone can maximise their financial goals by taking action early and seeking non-conflicted advice that has been tailored to your personal needs, and Maddern Financial can help anyone proactive enough to take the first steps on this journey.

For a complimentary first appointment with one of our independent financial advisers in Melbourne, phone us on (03) 9999 7200 or contact us here.

* The winner of the IFA Excellence Awards 2015 will be announced in Sydney on Friday August 7 at the Jones Bay Wharf – Doltone House.