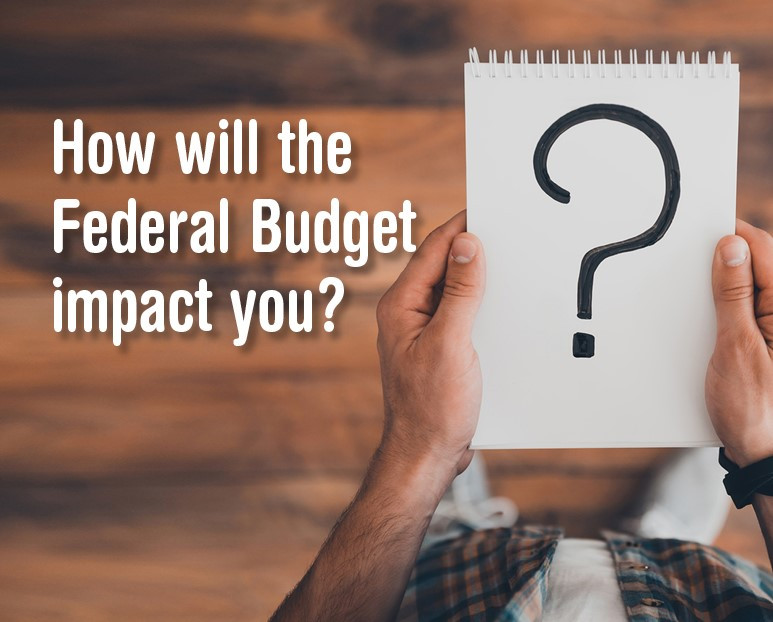 What will the budget mean to you?-1

Treasurer Scott Morrison’s first budget of the Coalition’s second term in office marked a significant shift in tone from the tough stance of its three previous budgets. Gone is the mantra of debt and deficit. Instead the Treasurer has balanced the government’s resolve to live within its means with promises to tackle the cost of living and provide the services people need to get ahead.

The centrepiece of the budget is the use of ‘good debt’ to fund $75 billion worth of infrastructure projects to create jobs and promote economic growth. To achieve this along with a commitment to returning the budget to surplus it has also introduced measures to cut everyday spending on universities and welfare.

In line with the new distinction between ‘good debt’ and ‘bad debt’, the Treasurer announced that from 2018-19 the government will no longer borrow to pay for everyday expenses.

This year’s Budget aims to ease cost of living pressures while ensuring the nation lives within its means. While aiming for ‘fairness, security and opportunity’, the budget offers a welcome emphasis on affordability and infrastructure.

The government forecasts an underlying budget deficit of $26.1 billion this financial year, which is lower than the $28.7 billion forecast in the Mid-Year Economic and Fiscal Outlook. The deficit is projected to rise to $29.4 billion in 2018-19. Treasurer Morrison chose not to promise a return to budget surplus, instead saying the budget is ‘projected’ to be back in the black in 2021.

The government announced a multi-billion dollar infrastructure program, including the previously announced $5.3 billion second Sydney airport at Badgerys Creek. The government will form a new Commonwealth company to build the project over the next 10 years.

A further $10 billion will go to a National Rail Program to fund urban and regional rail projects over the next 10 years. $8.4 billion, meanwhile, will be spent on a Melbourne to Brisbane inland rail to allow freight to travel between the two cities in under 24 hours.

The government will also fund State infrastructure projects. These include $1.6 billion to West Australia for road and rail projects, $844 million towards Queensland’s Bruce Highway and $1 billion for regional rail upgrades in Victoria with a further $30 million for Tullamarine Airport rail planning.

Schools, early childhood education and skill training are also in for a boost in funding. Schools will get a $18.6 billion boost over the next decade. Under the plan dubbed ‘Gonski 2.0’, most schools will receive more money while some wealthier schools will lose some funding.

Early childhood education will receive an additional $428 million over two years while $1.5 billion will go to the States and Territories over four years for a new Skilling Australia Fund for apprenticeships and traineeships.

Offsetting this are revenue producing changes to university funding. Students will pay more for their bachelor degrees and will have to start repaying their student loans earlier once they enter the workforce.

The news is better for younger Australians on the housing front. While the Treasurer says there are no ‘silver bullets’ to improve housing affordability, he unveiled a number of measures to help first home buyers and increase housing supply.

The government will help first home buyers build a deposit with the introduction of a superannuation-style salary sacrifice savings account. From 1 July 2017, individuals can make voluntary contributions of up to $15,000 per year and $30,000 in total to their superannuation account to purchase a first home.

At the other end of the housing market, people over 65 will be encouraged to sell their large family homes, downsize to something smaller and put up to $300,000 into superannuation as a non-concessional (after tax) contribution.

The ‘good debt’ infrastructure philosophy will be extended to housing with the introduction of a UK-style ‘bond aggregator’ as an intermediary to attract more private sector investment in affordable community housing. In another sweetener, the capital gains tax discount on the sale of investment property will increase from 50 per cent to 60 per cent for investments in affordable housing.

The government will also boost the supply of land for housing construction with the release of surplus Commonwealth land beginning with Defence land in Maribyrnong, Melbourne.

In a surprise move, the Medicare Levy will be increased from 2 per cent to 2.5 per cent of taxable income from 1 July 2019. The proceeds will be used to ensure the National Disability Insurance Scheme is fully funded in two years’ time.

The government will encourage doctors to prescribe cheaper generic medicines rather than name brands. The saving will allow $1.2 billion to be used to fund the listing of new medicines on the taxpayer-funded Pharmaceutical Benefits Scheme.

As a sweetener for doctors, the freeze on Medicare rebates that GPs are paid for bulk-billed patients will be lifted from July 1 instead of 2020 as previously planned.

The government has also allocated $347.4 million to Veterans’ Affairs for programs including mental health and suicide prevention.

The government is seeking to raise $6.2 billion over the next four years by imposing a six-basis point levy on the five major banks. This new tax won’t be imposed on superannuation funds or insurance companies.

The government also plans to introduce a suite of measures to improve competition and transparency in the banking system. It will set up a one-stop shop for dispute resolution for consumers, small business and investors to be known as the Australian Financial Complaints Authority. This will replace three existing regulators.

After initial success by the Tax Office in its crackdown on multinational corporations not paying their fair share of tax, the program will be extended to include foreign partnerships and trusts.

Small business owners with turnover of up to $10 million will be able to write off up to $20,000 on assets purchased for their business for another year. The measure was due to end on June 30.

Younger Australians and families will face the brunt of cuts to welfare spending, with penalties including reduced or cancelled payments for not turning up for job interviews or accepting suitable work.

To balance this tough approach, programs to help young parents find jobs, childcare and training will be extended, while aged pensioners and disability pensioners will get a one-off payment to help with rising energy bills this winter.

In a revamp of the heavily criticised 457 visa system, $1.2 million will be raised from a levy on foreign workers to help fund training for local apprentices.

Defence spending will increase to 2 per cent of GDP by 2021, three years ahead of schedule.

The lift in infrastructure spending is welcome news for the construction industry in the short to medium term but it should also have long term social and economic benefits for the nation.

It needs to be remembered though that the budget announcements are just proposals at this stage. They need to be passed by both houses of Parliament before they become law.

If you are finding that the financial pain is outweighing the gain in this budget, keep in mind Australia has long outperformed most equivalent first-world economies, pointing to what the Treasurer described as “better days ahead”.

If you would like more information on how the measures contained in the Budget will affect you, please give us a call.